Citizen of the Year Award 2021

A few days after the Oscars, Malmesbury residents turned out for their own awards ceremony to recognise the town’s Citizens of the Year.

"This year's awards have been dominated by our communities response to the Covid crisis. It has been great to be able to acknowledge those who have done so much to help others, to look after our town, to lift our spirits in these difficult days and raise our eyes to better times to come. All of our nominees and winners have done that and more. I congratulate and thank them all".

Four awards were made last night to the Junior Citizen (10-16), Young Citizen (17-26), Organisation and Citizen of the Year.

"These were not easy decisions to make and Town Councillors spent time to discuss carefully each nom‎inee and their achievements. It was humbling to see how much had been done which is why Malmesbury is such a special place" added Campbell.

In making the award Mayor Ritchie said "Ben thoroughly deserved this award for a second year running. He is an amazing young person who has not only continued to clean up and promote our town but has also been at the heart of so many of our community initiatives over the last year. But in 10 year old Adam Tomlin, we do have acknowledge he has a real rival for the crown!"

The Young Citizen of the Year winner was Louis Harvey, who receives the trophy presented by former Mayor, Sue Poole in memory of her late husband and former Mayor, John Poole.

In congratulating Louis, Cllr Ritchie said " your story of success so far in karting and your ambition for a future career at the top of motor racing shows true commitment. I hope you will help inspire other Malmesbury young people to follow and fulfil their potential as you are doing."

Louis also received a cheque for £250 from the Rotary Club‎ of the South Cotswolds who sponsor this award.

Our Community Organisation of the Year came down to a choice of two amazing‎ groups. One had gone way "above and beyond" to support the most vulnerable residents of our town and surrounding communities, and continues to do so. The other was an astonishing and spontaneous outburst of colour and imagination to bring fresh hope at a very difficult time that caught the imagination of not only local residents but others across our country.

Those two groups were our local welfare charity HEALS of Malmesbury and Hope Springs Eternal. Both have been truly astonishing‎ in their work. But our feeling was that for their service at every level throughout the year and the direct difference they have made to so many people's lives, the winner had to be HEALS" said Mayor Ritchie.

Commenting on the award, HEALS Chair of Trustees, Gavin Grant said "we do not do our work to win awards but rather to help those that really need it. But it is particularly pleasing that all the efforts of so many volunteers, week in and week out, have been recognised in our home community, especially when Hope Springs Eternal has been so inspiring and lifted the spirits at a time when we really need it."

The Paul Dove trophy was presented virtually to Gavin Grant‎ by Paul's partner Lisa Huntley who had the beautiful glassware created in Paul's memory.

The Volunteer 10 Years Contribution Certificate was awarded to Jenny Cole for her role as Leader of Malmesbury Brownies.   Jenny's dedication and commitment to Malmesbury Brownies over the years and especially during the pandemic, truly deserves recognition from our town.

The final award was the prestigious Citizen of the Year. Four nominees came forward for the decision. They were:

We have so many amazing and selfless people in our town who are worthy of this award and these were four fantastic nominees. It was quite a discussion and a difficult choice.

Krista has worked so hard to make a success of "Hope Springs Eternal"‎ and Jonathan has done so much practical and useful work around our town, while Karen is clearly the "unsung hero" of HEALS and at the heart of every HEALS programme such as the meal deliveries, wrapping Christmas gifts, and supporting summer activities. All truly wonderful work.

But‎ we felt that Jackie's inspiration and organisation of "Hope Springs Eternal" was a really amazing achievement that has created so much joy and involvement for so many here in Malmesbury and further afield. For all these reasons Jackie Peel is the Malmesbury Citizen of the Year!"

12 May 2021
Stay safe and keep following the rules until restrictions change on 17 May Following the Prime Minister’s confirmation of the move to Step 3 of the Government’s roadmap from 17 May, and the reopen...
Read More

10 May 2021
Many congratulations to our new Councillors and existing Councillors.  List of results below; ...
Read More
ALL CORONAVIRUS NEWS
SEE ALL GENERAL NEWS 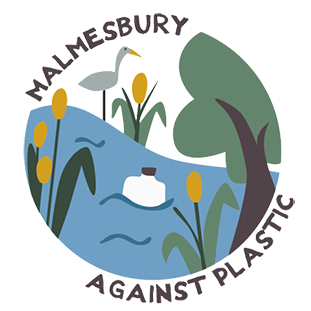